How to Clean and Prevent Roof Moss

How to Clean and Prevent Roof Moss. It is important to know what algae and moss are, how they grow, and how they spread to understand how to deal with the recurring problem. While algae and moss are similar in some ways, they require slightly different procedures such as a roof repair to prevent or remove them.

It is algae that cause the black streaks and discoloration commonly mistaken for mold or mildew on many roofs in the United States and Canada. Moisture tends to collect on roof surfaces, where algae can form. Climates with a humid or coastal component are most conducive to algae growth. Blue-green algae, or gloeocapsa magma, produce a darkly pigmented layer to protect themselves from the sun’s UV rays. Small spots of algae discoloration form on the roof plane and quickly turn into streaks. The algae will probably have been present for several months by the time it becomes visible.

Spores of algae can spread quickly from one rooftop to another when carried by the wind or by animals. It is not uncommon to see algae growing on rooftops throughout an affected area. In the same way, a townhouse or row house is no different from an apartment complex. Despite its aesthetic effects, algae are not scientifically proven to damage asphalt shingles. Algae will undoubtedly compromise a high reflectivity or “cool” roof in the long run. This is why it is so important to address algae problems as soon as possible.

Moss is a non-vascular plant that obtains water through its leaves instead of gathering water through its roots like most plants. Therefore, moist conditions are essential for its survival. Moist roof planes on north-facing roofs receive less direct sunlight and stay damp longer than those on south-facing roofs in North America. In addition to providing additional shade, overhanging tree branches drop debris on the roof, which leads to an accumulation of moisture and moss growth.

Wind or animals can also carry spores so that they can spread easily throughout a neighborhood. Asphalt shingle performance can be adversely affected by moss, as opposed to algae. During windy conditions, the leading edges of the shingles can curl or lift, which increases the risk of them blowing off. Moss buildup can affect roof decks in severe cases, resulting in moisture damage and even leaks.

Algae and moss can be effectively removed from a roof by mixing 50:50 liquid chlorine bleach and water. Spray the solution on the roof and allow it to dwell for 15 to 20 minutes before rinsing thoroughly with low-pressure water. The dwell time may need to be extended, but do not allow the solution to dry completely, preventing rinsing completely. Protect landscaping from chlorine bleach solution by taking appropriate precautions. When using chlorine bleach, wear the proper personal protective equipment. With subsequent rains, algae will disappear. Eventually, the growth will loosen, and you can blow it away with a leaf blower. A single bleach treatment may not be enough to eliminate all moss in severe cases. The use of pressure washers for cleaning asphalt shingle roofs can result in granule loss and premature failure of the roof system.

Some steps can be taken to discourage moss and algae growth:

For more information about keeping your roof clean call Matlock Roofing and Construction at 601-299-4048 in Purvis, Sumrall, Petal, and Hattiesburg, MS. 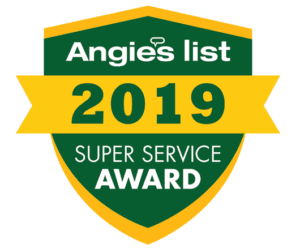